This page provides information about awards made by the DTAA to honour special contributors to the profession and the field of dance movement therapy: Honorary Professional Members and Honorary Life Members.

In 2007, the DTAA General Committee and Professional Membership Committee honoured Mary Builth, Denis Kelynack and Jenny Czulak Riley with Honorary Professional Memberships. These three experienced dance movement therapists were practitioners in the field for many years and earned great respect and recognition within the dance movement therapy community. 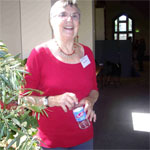 Mary Builth, Dip.DMT [IDTIA], Dip. P.E.[Eng] Dip Teaching, Cert. DMT, has worked in most Australian states, introduced trainees to DMT, led workshops for people empowerment, run DMT programs in nursing homes, lead workshops for teachers, taken DMT sessions for ‘normal neurotics’ and cancer patients and worked with a variety of private clients. Drawn to dance from an early age, she started her PE training just as Rudolph Laban ‘sold’ the principles of Modern Educational Dance to the College she trained at in Liverpool (UK). So she was initially heavily influenced by his work, noting at that time that performances she and her fellow students produced, were attracting audiences. More importantly, when she gained her first teaching position in a local girl’s school and was allowed a free rein to teach, she noted how her students were able to express themselves resulting in “stunning individual movement styles”.
She continues to work because she feels she still has something to offer in the way of dance and movement and believes that if you do – then it should be shared to others. Mary also loves to continue to dance because it allows her to express herself whenever she needs and be her own person. She tells us that she is someone who loves nature, and draws from it constantly in her world of DMT. Through her approach to DMT she feels that she can relate what she is striving to achieve to the world out there. Her presence as educator, facilitator, inspirational presenter and creative dynamo (her wonderful, glowing energy never diminishing) has been like the glue that holds the pages of the book of dance-movement therapy in Australia together. 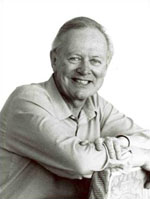 Denis Kelynack first became aware of dance movement therapy in 1971 at a workshop given by Tamara Greenberg at the Centre for Energetic Studies in San Francisco. Realising that it is possible to bring internal issues into movement and, also using movement to change them, had an enormous impact on Denis who was, at the time, a counselling psychologist. Returning to Australia, Denis enrolled in the Graduate Diploma of Movement and Dance to study with Hanny Exiner. On graduating, Denis was invited to teach in that course. His subject, Psychology and Dance, focussed on ways of bringing the Jungian archetypes into human movement. Later, he and Warren Lett worked together to lead the therapy section of a dance therapy subject with Hanny Exiner and Karen Bond. Feeling it was still important to understand the physical or ‘body’ aspects of dance therapy, Denis went on to engage in another project with Hanny Exiner. He and Hanny worked as a duo over three years, where Hanny was the therapist and Denis the client. This resulted in the book Dance Therapy Redefined (Exiner and Kelynack, 1994). Later Denis joined the teaching team in the RMIT dance movement therapy course. His work explored ways in which symbols can lead to a richer dance experience.

Denis was President of the DTAA between 2001 and 2007. As President, Denis worked closely with the core committee and convened a number of sub-committees. During his Presidency, the DTAA achieved membership of PACFA (Psychotherapy and Counselling Federation of Australia) and the roles of various sub-committees were more closely defined. In retirement Denis returned to the piano, writing songs and choral works, while he continued as a loyal and valued member of the dance therapy community. A conversation between Denis and Jenny Czulak Riley and an article about him, written by Sarah Jones in 1993, were published in Moving On Vol. 7 No’s 3 and 4, 2008 – 2009

Jenny Czulak Riley, Grad.Dip. Movement & Dance (University of Melbourne), Grad Cert. Dance Therapy (University of Melbourne) was a founding member of the DTAA, author of Growing Older, Dancing On, and an experienced dance group leader for older adults. In one interview, Jenny said: “It all started with Hanny Exiner – she being the most fertile source of inspiration for dance educators in my generation; I being one of the pioneers of the ABC’s educational TV programmes for schools…” and from this point Jenny C.R. had some wonderful tales to tell from many years ago particularly in regards to performing TV epics, using some of Hanny’s primary age dance students as the performers. Tributes to and further stories about Jenny are in “Moving On” (2012) , Vol. 10: nos 1 & 2. Jenny conceptualised, co-wrote and directed “Free to Move”, an ABC radio programme for primary school children. In more recent times, she was assistant author of Dance Therapy Redefined by Hanny Exiner and Denis Kelynack. Her active involvement over 30 years with the growth and development of dance movement therapy went back to well before the formation of the DTAA. She was on a committee to further dance education, which became Ausdance, and from this the DTAA was eventually formed. Even in her’80’s, she was still totally devoted to dance and gave generously of her time and energies to support the dance movement therapy profession in so many ways. 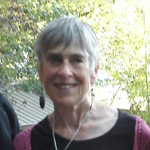 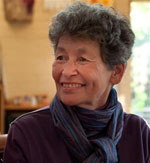 Naomi Aitchison was awarded Life Membership of the DTAA in 1997. Naomi worked for 17 years as a dance movement specialist with a variety of populations but largely in settings for elderly and psychogeriatric clients. She has also been an educator for other practitioners and students. She was one of the Victorian committee members of the Australian Association for Dance Education (now Ausdance) who in the early 1980s initiated a number of Dance Special Interest Groups, one of which was for dance teachers and others using dance with populations of disadvantaged people. She maintained her commitment to the growth and professionalism of dance as therapy, becoming a member of both the Working Party and Steering Committee which led to the launching of the DTAA in 1994.
As a founding member of the DTAA she remained on its committee for many years, taking on a number of duties including President, Librarian and Resource Officer. In addition she was co-editor of the DTAA’s newsletter from its inception and has continued her editorial role, fostering the newsletter’s development into the Association’s professional journal – Moving On – of which she is also co-editor. Together with others she helped to establish the Hanny Exiner Memorial Foundation, on whose Managing Committee she has remained since its inauguration and of which she is Convenor. In addition to her ongoing support for dance movement therapy, she has, since retiring from paid work, taught creative movement and dance at U3A Hawthorn, which she enjoys immensely. 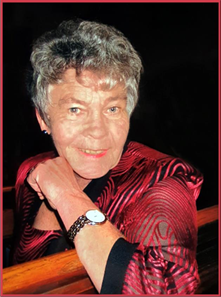 Jill Groom trained as a physiotherapist and specialised in working with children with disabilities. She was also a creative dancer and used to dance with Merle James in Canterbury. Jill was in the second intake (1978) of the Graduate Diploma of Movement and Dance at the Institute of Early Childhood Education (later to become part of the University of Melbourne).  Having completed this course, she did some wonderful work with children with disabilities for many years -beautiful, joyful, fun groups with a wide range of colourful props. She believed firmly in the value of dance in meeting many of the children’s needs – physical, cognitive, emotional and social.

Together with a small group of other physiotherapists who had also completed the Graduate Diploma of Movement and Dance, she planned and taught an elective “A Creative Approach to Physiotherapy” at the then only physiotherapy school in Melbourne. This was at Lincoln Institute, before it became a part of La Trobe University. The elective ran for many years. She also taught on the Graduate Certificate in Dance Therapy. She was a long-time treasurer of the DTAA and even when she moved on from this position, was always available when needed to help on special occasions – conferences etc. She returned to a treasurer’s role on the HEMF committee, serving there for many years.